FIA is proud to sponsor a number of fencers and various fencing events. 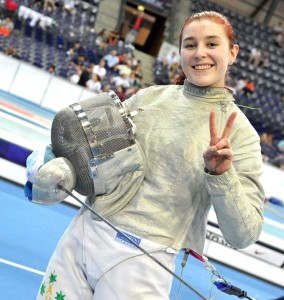 She is also an internationally qualified referee and has coached students to national titles in sabre. 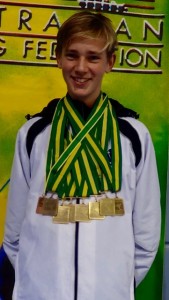 Ned has won a few medals

At the age of 19, Ned has won a record thirteen individual under-age titles in fencing in both foil and epee  and one Open National championship in foil.

He competed at the Youth Olympic Games in Nanjing, China in 2014 in foil, finishing in 5th place.  In 2016, He came13th at Junior World Championships in Bourge, France 2016 (the best result for Australia since 1972 and the second best ever).

At the Junior World Championships 2015 in Tashkent, Uzbekistan, Ned was the finishing fencer in the Australian Junior Men’s Foil Team that made the top 8 for the first time in Australian fencing history, defeating Poland along the way, and, in 2016, the team pulled off a shock win against Russia at the same event.

Ned is a certified level 1 foil coach and referee.