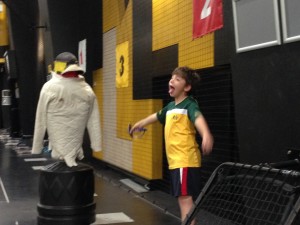 Unlike most businesses, and chicken and egg theories, in this case the chicken learned how to fix things because the egg broke them.

The egg’s first coach gave this chicken her first contact into China and from there we have built wonderful relationships with many people, from suppliers such as Uhlmann and Negrini to clubs in & around Melbourne, State Fencing Associations and importantly clients who have grown with us.

The idea initially was that when we started fencing it was such a foreign world, I had no idea what I was doing, what was necessary and why? The terminolgy like lame’s, non FIE gear just to name a couple, it was all gibberish to me. I had a saving grace in the form of my cousin who fences, he guided us through the minefield, I thought I could do the same for others who are new. 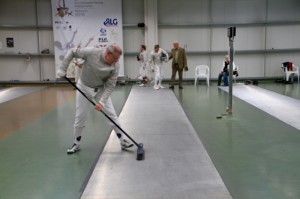 You too can be a part of the romance and glamour of fencing.

This has also been reinforced by my taking up a position on the Fencing Victoria executive, which I have proudly held since 2010.  The late Simon Auty (then President of FV) created a position for me as club & parent liaison and I hope that I have also been useful in that respect to new parents and fencers in de-mystifying the sport and it’s nuances.

Thanks for joining me on the ride!